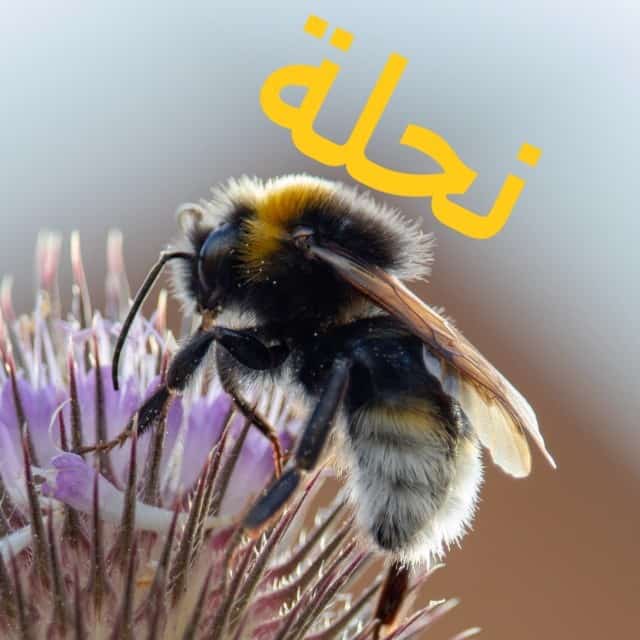 Bees have been around for centuries and have been continuously used in various religious scriptures to depict a specific set of qualities or traits that shows an ideal devotee. In this article, you will learn more about the symbolism of the bee in the Quran and its importance, as well as a few passages and verses from the holy book itself.

Bees are quite fascinating, there are definitely lots to learn from these tiny insects. In fact, in the Islamic holy book, a whole chapter is dedicated to the bee, called An-Nahl. This literally translates to ‘The Bee’ and it describes the bee’s way of life and how Muslims should be more like them.

Islam is a monotheistic religion that is centered around one God or Allah. It is the second largest religion in the world with over a billion followers. Like other religions, Islam has its own set of beliefs and rituals, but it all boils down to having one God who is all-merciful and all-powerful.

The teachings of Islam is found in their holy scriptures called the Quran. This book is written in its original Arabic, which is said to be unaltered and is the very final revelation of God Himself. Similar to other monotheistic religions, Islam teaches their people about the final judgement where the good are rewarded with eternity in paradise, whereas the bad are punished in hell. Muslims follow and practice unique religious concepts such as the Five Pillars of Islam, which are mainly:

Importance of Bees in Islam and What it Symbolizes

As mentioned, an entire chapter in the Quran is dedicated to the bee. Specifically Chapter 16. Making the number 16 also as important. The only verse in this chapter that mentions bees is made up of 16 words and 16 different Arabic letters. Coincidentally, female bees have 16 pairs of chromosomes, whereas males have 16 chromosomes having been hatched from unfertilized eggs. The phenomenon behind the male bees being born without a male input is quite similar to how Jesus was brought into this world.

What is quite fascinating about the bees in the Quran is that it was written from a scientific standpoint where the colony, roles, and practices of bees are observed. These characteristics and traits were used as a figure of speech for the follower reading the Quran.

Aside from this verse, chapter 16 talks about a variety of topics, but Allah specifically chose the title The Bee to catch the attention of the readers. Bees are said to be Allah’s miracles; the way they function and how they behave, are to be held as an example. Muslims are told to learn from these magnificent creatures.

The verse in An-Nahl specific to the bee literally translates to:

And your Lord revealed to the bees; “Take for yourself among the mountains, houses, and among the trees and that which they construct. Then eat from all the fruits and follow the ways of your Lord laid down for you.” There emerges from their bellies a drink varying in colors, in which there is healing for people. Indeed in that is a sign for a people who give thought.

In the first part of the verse, Allah commands the bee to choose a place for his home. In Arabic however, the verb specifically pertains to a female, and would, therefore, pertain to the queen and female worker bees. This phenomenon is actually observed in nature today, the female bees: both queen and workers are the heart of the hive. They are responsible for finding and building the hive, which makes sense why Allah would be using a female imperative verb in this particular statement. This verse in the Quran established scientific fact without any contradiction.

The latter half of the verse talks about the process of making honey and its benefits. The bee collects the nectar and pollen from various flowers and forms the honey within its body. They then regurgitate the honey into wax cells they made. There are different kinds of food that come from honey, and it comes in a variety of colors. This bee food can range from the regular light brown honey, we all know and love, to a deep dark color, or even a very light white hue. With a variety of color, taste and flavor also vary depending on the plant source and weather.

When talking about medicinal benefits, honey is known to be a natural healing supplement. This has been documented in various scriptures dating back to 5,000 years ago. Ancient civilizations used honey to treat internal and external ailments such as ulcers, wounds, and other diseases. Even Hippocrates, the father of medicine, has used honey to treat his patients. Today, we are able to determine the healing benefits of honey by studying its antibacterial activity, enzymes, and chemical build-up.

Lessons That Muslims Learn From Honeybees

In the verse, it mentioned: Indeed in that is a sign for a people who give thought. With this Allah is asking his people to “give thought” to the attributes of the bees and embody these traits in their lives. Through their behaviour, we learn different things such as:

Another example of how bees work as a team is during winter, in order to keep the hive warm they start clumping together and constantly move in order to create heat. This heat keeps the queen warm, and their hive livable during the harsh weather.

In reality, our hive is our home, and our colony is our family. No matter what your role is in the house, each member has a valuable contribution to ensure the success of everyday endeavours. In Islam, the ultimate goal of a typical Muslim family is to achieve Allah’s promise of eternal paradise. If every member of the family acts accordingly to his or her role, you can reach anything your heart desires.

Another way to see this is how bees pledge their loyalty to their Queen. Once they are part of a certain hive and colony, they dedicate their lives to the betterment of the colony itself. Drones, in fact, willingly sacrifice their lives for the benefit of the colony.

An obedient Muslim must be able to follow the foundation set-forth by Allah to achieve eternity in paradise. By following Allah’s word, and doing good we are promised eternal life with Him.

With newer generations, we observe how easy it is for younger Muslims to let go of their purity and commit haram since it is much easier to live this way, but it is not the way of Allah. It is through halal means that they are able to keep the sources of our blessings, as well as themselves, pure in their eyes.

To cite an example, let’s say you own a restaurant, and even if you know doing business with alcohol is haram you still do it for the revenue it brings you business. If you follow the strict halal teachings of Allah, you would know that there is no greater reward than the promise of paradise, it can never be replaced with any form of riches you may receive in the mortal world. But hey, if there’s money to be made!

As humans, we are quite flawed, and we will find ways to make excuses. It is best to keep in mind that excuses will get you nowhere and there is no blessing from haram that no amount of prayer can make up for it unless you are willing to change. Take a look at your methods, and ask yourself if this is the rizq you want to keep on pursuing to please Allah.

In reality, we must be more like bees, whether it is to our family members, our spouses, or people in the community. Allah is not asking people to be completely selfless, but to know when to give back and not to be greedy. Treat everyone around you with kindness, and be considerate of others with whatever you do. It does not take much to just be a good person, after all.

Bees Influence Us To Care for Our Community

The hive is a well-organized community. As we have established, the colony functions well because the bees play the right roles and are responsible for each other. The queen lays the eggs, the worker bees clean the hive and make the honey, and the drones protect the hive. In chapter 16, Allah taught the bees to dance in order to show fellow bees the location of the flowers in order for them to follow. In retrospect, a honeybee cannot exist on its own. They would need to be with other bees in order to thrive.

Just like people, we need to be able to take responsibility and work well with other people in our community to live in harmony within a society. As simple as it sounds, this is not as easy in the dog eat dog world we live in. People are constantly in pursuit of wealth which makes them selfish. We see this every day, how large companies exploit lowly employees, how siblings enter rivalry with one another, and how politicians are consumed by greed. Muslims must do there part and resist from being influenced by these ideals, and learn to share in blessing, look out for others, and be helpful to fellow believers.

Allah is said to have created one of the most magnificent creatures we could ever grace our earth. As simple as the bee may look, they have a great system and structure that have a great influence. The goal is to reach the promised paradise, and by following the way of the bee, we are able to attain this.
If you like this article then why not checkout our article on The symbology of bees in christianity and judasim.