When it comes to the joys and benefits of beekeeping it is something that a number of celebrities engage in as well. This list discusses 10 of these celebrity beekeepers as well as their various reasons they have engaged in beekeeping.

These reasons can range from an interest in conservation and helping the environment, to having a sweet-tooth, a desire to relax, out of scientific curiosity, to help the bee population, or they simply feel beekeeping provides inspiration!

Flea is so dedicated to beekeeping he will often post extensive photos and videos on his social media where he discusses the process of beekeeping and how much he loves keeping bees.

As of the most recent count he has three fully established hives he works with. He has talked about his motivation for establishing his hives stemming from a desire to combat Colony Collapse Disorder as he has outright stated that he;

“Loves bees so much and wants to ensure they continue to thrive.”

The beloved author for much of her life had a fascination with and love for bees. She owned hives and kept them as a method of relaxation and found that they helped to inspire her writing.

A good deal of her later works were poems that incorporated her interest in bees into narratives both literal and metaphorical (Plath would use symbols such as a hive falling apart to represent her strained marriage with her husband as well as sharing non-fiction tales of her thoughts and observations from when she would tend her hives).

Towards the end of her life Ms. Plath described beekeeping as a main focus of her everyday activities that would often help to keep her centered and motivated to write.

Ms. Johanson actually began beekeeping years ago when she was given the foundations of starting a beehive by her friend and occasional film co-star Samuel L. Jackson as a wedding present during a previous marriage to Ryan Reynolds.

Ms. Johanson had done lot of work in environmental lobbying and bee conservation so she has said in interviews that she was extremely excited to give it a try firsthand. According to these same past interviews she has done where it has been brought-up she has shared she uses the honey produced by her bees as part of her skin-care routine and that has served as motivation to continue beekeeping due to an interest in keeping her skin as healthy as possible via, “Organic,” means.

The famous philosopher and scientist kept an assortment of that would now be considered primitive hives with the intention of studying honeybees and recording his observations.

He made many intelligent deductions that had never been stated before about bees, but also generated some quite incorrect theories that were believed for centuries before other examiners of bees realized Aristotle got some things wrong (one key example: he thought hives had a male, “King,” as opposed to a queen).

While some of Aristotle’s recordings were well off-base, his accurate writings helped to spur further interest in studying bees and how they benefit our planet, with him quite possibly being one of the earliest known celebrity beekeepers that has existed thanks to his wide-ranging research and continuing popularity these centuries upon centuries since his death. 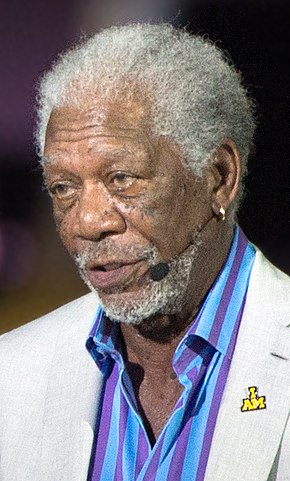 Mr. Freeman converted a 124-acre ranch into a sprawling array of hives that he often will discuss his love of working with. He did this in the hopes it would assist with the local bee population after a spate of die-offs that had him concerned about keeping the wonderful pollinators supported and well-populated.

Mr. Freeman has spoken in numerous interviews about his hopes he can help boost the bee population by even a small amount and has made it clear he’s compassionate about keeping bees.

Mr. Freeman has said in many interviews he does not even wear the usual protective gear when he is beekeeping as he feels he, “Resonates,” with his bees and likes the, “Oneness,” he feels by being out in nature tending to his hives.

Mr. Springsteen has raised bees on his land in New Jersey for years, often stating it is for the purpose of assisting New Jersey with its agriculture through the benefits bees supply through their pollination. An assortment of hives can be found on the property and some are owned by Mr.

Springsteen and others are actually tended-to by others. This is because the hives function as a part of his organic farm which he both takes of himself and has leased land-out to other New Jersey residents who want to engage in farming or their own beekeeping–Mr. Springsteen is always eager to assist in sharing the fun of beekeeping with others!

During her time living at the White House Ms. Obama helped implement the placement of beehives and beefriendly plants on the property at 1600 Pennsylvania Avenue. The hives were located at various sections of the property and spaced-out to ensure optimal placement would result in the maximum desired effect of helping the bees pollinate and populate!

This stemmed from her dedication to organic produce and sustainable farming which led to seeing that bees are integral in supporting these interests!

Through having bees added to the White House it was observed that many benefits occurred to much of the flowers in the area and as a result a lot of honey was produced by the bees as well! Since leaving the White House at the end of her husband’s (Barack Obama) Presidency she has discussed how in other locations they have lived working to have beehives and beekeeping at any residence she calls home as she has learned how important it is to contribute to the healthy development of bee populations all around the World.

Puns about his name aside, Sting is well-known for his conservation efforts and how he runs his own farm full of an assortment of animals and insects including bees.

Sting has such a vested interest in bees he actually has a non-profit, Bees for Development, which works to reduce poverty worldwide through beekeeping! Clearly this celebrity beekeeper doesn’t just enough doing it himself, but aims to spread its benefits far and wide.

Sting has spoken about his interest in keeping bees being twofold–he wants to help the environment and knows that bees are key pollinators and he wants to assist those with low-income in the myriad of ways beekeeping can help them raise income (selling honey, making products out of honey, and so forth). These goals keep Sting motivated to work hard with his non-profit to spread the benefits of beekeeping around the globe.

Mr. Vai got into beekeeping out of his immense love of honey–he has quite the sweet-tooth, he has shared! Mr. Vai has also stated within interviews he finds himself inspired by the social structure of bees and believes their complex organization flows into his creativity and assists him with his creation of music as well as functioning in everyday life.

He will often give jars of extra honey to his friends and family to share in delicious harvest of his beekeeping. He also has harvested his honey with the intention be sold for charities such as his, “Make a Noise,” Foundation which awards scholarships to youth pursuing education in the field of music.

Mr. Vai is an honorary member of the British Beekeepers Association thanks to his extensive work with beekeeping and has said many a time beekeeping is possibly his favorite thing to do in life–even moreso than music!

Mr. DiCaprio has shared how his mother’s boyfriend of all people introduced him to beekeeping. He, tried it out and found it was stellar way to, “Get lost in your own world,” and simply, “Chill-out,” from all the stress he encounters as an actor.

Mr. Dicaprio found he enjoyed keeping bees so much he had hives built in his garden at his residence in Los Angeles so that he could always enjoy beekeeping whenever the urge to relax would strike him.

Mr. Dicaprio has also stated it makes him feel good to know he is helping with conservation, although his main reason for beekeeping is that it simply just is extremely relaxing for him!

Everyone Can See the Benefit of Keeping Bees!

As this list of celebrity beekeepers has shown there are plenty of rich and famous people (past as well as present) who have greatly enjoyed keeping bees.

Whether they do so out of the interest of helping the environment through conservation, because they want to harvest honey, a desire to observe and make notes about bees, to assist with the bee population, or simply because it helps them relax, it is clear that beekeeping is something that can appreciated by celebrities as well as, “Regular,” people who also cherish the activity!