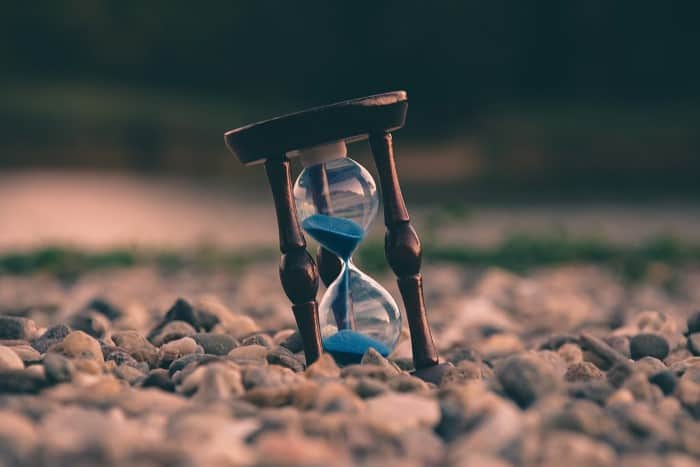 It is a mind-boggling fact that these small creatures hold so much importance in our world. Deemed to be a key species, bees are now in danger of disappearing from our ecosystem. The decline in their population caused many conservationists to be alarmed and for a good reason. Majority of our food is pollinated by bees and many plant species rely on them to avoid extinction. The decline in their population led the experts to determine what the cause is.

Are bees still dying? Yes, they are. The sad truth is that our bee population are dwindling every year because of Colony Collapse Disorder (CCD). This is a phenomenon where the majority of worker bees die, leaving the queen and a few nursing bees with plenty of food to take care of the young.

There are plenty of documented reports of bees dying since 1869. Although the rate back then was not a cause for alarm, it was still enough to raise a red flag. Experts dug deeper into the issue when the losses reached dramatic levels in the years starting from 1972 to 2006.  We’ll discuss the rate further in the article.

Rates at which bees populations have been reducing over the years

Typically, a beehive will experience an average reduction rate of 5-10% over the winter. This loss will then be replaced during the spring. During a bad year, a bee colony may lose about 15 – 20% of its population. In recent years, the decline rate has gone up more than predicted. One beekeeper who has been in the industry for 42 years have reported a 90% reduction in his 3,000 hives.

Before CCD was given its name, it was known as the disappearing disease, spring dwindle, May disease, autumn collapse and dwindle disease. It wasn’t until 2006 when the rate of western honey bees disappearances reached an alarming level, was named Colony Collapse Disorder. It is the single most common cause of bee population decline, especially for the western honey bees species.

In the 1990s, losses were still in the 17 – 20% range annually, which was a manageable and tolerable rate for the beekeeping industry. By the winter of 2006 – 2007, the rate of reduction reached new proportions when beekeepers reported anywhere from 30% to 90% loss. It is then that the term colony collapse disorder term was born. The astounding loss brought on more problems as there are beekeepers who suffered such tragic loss that they are either left with very few or weakened hive. The loss led them to declare that their honey production and pollinating ability is diminished to almost none. In the same year (2007), 50% loss was reported on some large migratory species.

An estimated more than 10 million beehives were lost in the six years leading to 2013 and most losses were reported to be due to CCD. The numbers were twice the normal rate of loss according to the agencies concerned.

Although CCD is said to be the leading cause for the decline of the bee population, there are other causes as well. We’ll talk about these causes including, of course, the Colony Collapse Disorder.

A recent study published in 2010, has proven that bees with diversity in pollen diet have a more developed immune system than those of bees fed with one kind of pollen. The study also showed that bees fed with five different pollen have a higher glucose oxidase in their system, which contributes to healthier immunology in bees.

The authors of the study concluded that the recommended bees diet should include 1,000 ppm potassium, 500 ppm calcium, 300 ppm magnesium and 50 ppm each of manganese, iron, copper, sodium, and zinc.

Several countries have reported that the reason why their colonies die is because of mite infestation. Varroa mites, in particular, is one of the major causes of hive loss. Another mite that can infest bee colonies is the Acarapis mites, this is an internal parasite that lives and reproduces in the tracheae of bees.

In 2013, a study was conducted to bees who are fed with pollen that is exposed to nine different types of pesticides and fungicides. It showed that these bees who ate the pollen are more susceptible to parasites.

More and more land has been cultivated for agricultural purposes and this intensification has many wild bees struggling to look for land that they can call home. Important natural habitats for our key pollinators are now turned into tilled grounds for human use. These areas that are once a field of grass with shrubs, hedges, and wildflowers are now nowhere in sight after it is converted into a farmland.

In addition, removal of woody vegetation and installation of irrigation systems has also affected the natural habitat of wild bees. With no possible nesting site for these pollinators, the bee population in the area decline rapidly.

It is a common practice in the agriculture industry to use pesticides and herbicides to help their crops yield more. However, this practice has led to plants that bees gather nectar from to be contaminated with the chemicals present in both types.

The destruction of the natural biodiversity of plants in farmlands has contributed to the decline in the bee population. Areas where wildflowers and plants usually grow are now converted to croplands that are heavily dependant on the use of chemical pesticides. Starting colonies in this area might not survive due to the lack of food source.

It is believed the changes we are experiencing in our weather due to climate change also affects the bee population. Environmental factors such as this one need further studies to give us a definitive answer if it really does affect the bee species as much as we think it does.

Experts are still at a loss for what is the definitive cause of CCD is. They hypothesized that it may be a combination of two or more of the above-mentioned causes. However, a significant amount of consideration is given towards the pesticides that contain neonicotinoids to be the main cause of CCD.

Many scientists have long been worried about the sublethal effects of pesticides and fungicides to bees. This means that the chemicals may not kill the bees instantly but instead causes some form of impairment that contributes to the slow decline of the colony.

Neonicotinoids have the ability to impair the bees reproductive capacity if exposed to the substance for an extended period. However, little information regarding this is still the main reason why it is still not considered as the main cause of CCD. But on the lighter side of things, the government already has banned a number of pesticides that have been proven to contain this sublethal chemical.

The world is already informed of the honey bees’ dire situation and experts have given this issue an enormous amount of attention too. There are countless articles circulating both the internet and other media platforms about how honey bees are dwindling in numbers. What many of us (especially the media) forget to mention in these articles is that the wild brothers and sisters of bees are also suffering from the same population decline.

Come to think of it, honey bees are lucky that they have humans who manage them, their future is secured in a sense. The wild bees, on the other hand, are desperately struggling to cope up with the ever-changing environment. They don’t have humans to give them a hand when certain sickness or parasites afflict them, they only have themselves to rely on. This means that Honey bees have more chances to pull through compared to wild bees.

There are about 20,000 species of bees in the world and the honey bee species is the only one that is semi-domesticated due to their usefulness in agriculture. The other species are mostly wild in nature but are still considered as pollinators. Considering that their population is being affected by climate change, loss of habitat, pesticides, malnutrition, mites, and CCD; they too need the help of humans to keep their species alive.

There is already a report back in 2006 from the National Academies of Science stating that the numbers of wild pollinators (including wild bees) are experiencing a rapid decline. Take, for example, the massive population loss of bumblebees in Oregon last June 2013 due to pesticide poisoning. It was estimated that about 50,000 bumblebees died during this time.

Knowing that the same threats apply to wild bees, it is just right that we include them in this article. Honey bees need our help, I am not contradicting that, All that I am saying, is that wild bees need our support even more. Lend your voice to the wild bees too, so that the world may know of their suffering.

Chemicals in pesticides that kill the bees.

It is mentioned that one of the main causes of the bees’ decline in population is chemical poisoning. These different chemicals make up a toxic pesticide cocktail that is proven to be found inside a beehive. This means that these chemicals are being transported back by worker bees back into their colony, causing more damage and ultimately, colony collapse.

Here is a list of the chemicals that have sub-lethal effects on the bees.

All three are neonicotinoid systemic insecticides which cause both lethal and sub-lethal effects on bees. When bees ingest large quantities of these chemicals suffer from disorientation and then eventually die. Sub-lethal effects may range from a decreased ability to gather food, disorientation, slower learning curve, and disability to care for their brood. All three have been studied thoroughly and have been found to be one of the numerous factors that contribute to CCD.

A study back in 2016 showed that honey bees suffer from critical memory and learning deficiencies which expose them to a higher chance of failure to return to both the hive and food source. This deficit in the abilities of bees indicates that their survival rate decreases dramatically.

Both of these insecticides affect the nervous system of bees by destroying the nerve pathways to and fro the brain. This destruction leads to the loss of body control, paralysis and ultimately their death.

This is a bioaccumulating chemical that still is present in the bees’ system six days after it is ingested. The compound has a sublethal effect on bees just like the neonicotinoids. It affects the bees sense of orientation and direction when ingested. This effectively makes the bees more susceptible to being lost and never returning to the hive.

What steps are being taken by the government to help bees?

There are a number of government initiatives that address the problems of bees. Here are some examples:

It is a cause of alarm that bees are dying in an unprecedented rate in the last ten years or more. They are among the natural pollinators of our planet, wait, let us correct that statement, they are the number one natural pollinator of our planet. They are so good at pollinating, that one of their species, the honey bees; are being exploited by humans in an agricultural sense.

There are a number of factors that affect the bees’ survival rate and most of these factors are man-made. It is sad, but it is the truth, even the infamous colony collapse disorder is a combination of many contributing factors that are ultimately our fault. It is not only the honey bees that are declining in numbers, wild bees and other natural pollinators are also affected. We are only more focused on honey bees because they are the ones that produce honey and are semi-domesticated to pollinate crops. Lastly, keep an eye out for and stay away from the pesticides that contain chemicals that are proven to be harmful to bees.